Dan’s birthday is today, but we celebrated with cake yesterday. 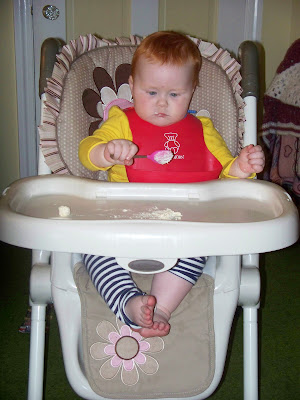 It wasn’t just  any cake. Dan isn’t a fan of traditional cake and icing. He doesn’t like sweets in general, including chocolate. (This quirk of his is one of the keys to our happiness; he doesn’t raid my stash of chocolate).

Instead of a butter cake, I made him a cheesecake with a shortbread crust. (Neither I nor my neighbor had any graham crackers).

Elly, who is always thrilled to try to feed herself with a spoon, had a blast mashing the cheesecake, smearing it into her hair and getting the occasional mouthful. 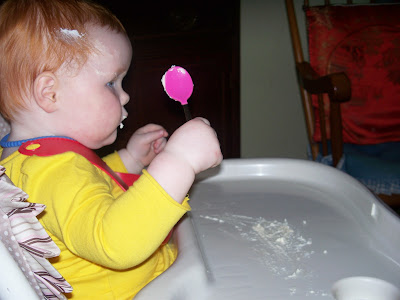 2 thoughts on “Celebrating her Daddy’s birthday”