Progress has been slow on sewing a muslin for my dress. I blame Bananagrams and Can’t Stop. Dan and I have been playing one or the other almost every night after Elly goes to bed. 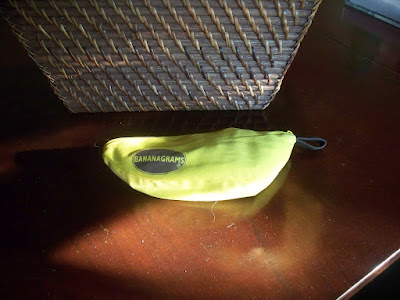 The first time we played Bananagrams, it took forever. We never finished it before bedtime. To stack the odds in our favor of completing future games, we upped the number of tiles “Peel”ed to 2 rather than the recommended one. We both lost the first game we finished. Both of us had words that aren’t in any dictionary. I had added a ‘y’ to joker, making jokery. It looked good, but it’s not a word. Dan had ‘sog’ and ‘qi’. He tried to sell me on ‘qi’ and I almost believed him. Then, when he was looking up ‘sog’ because I swore I had never seen such a word, he realized that not only was ‘sog’ not a word, but ‘qi’ was not either. Too funny! 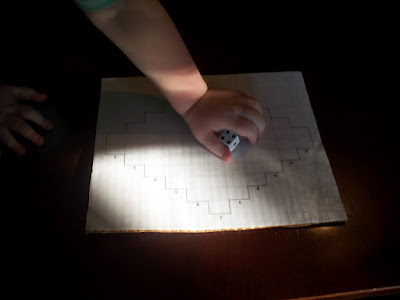 Can’t Stop is a game that Dan printed out on our printer. To give the board a bit more stability, he then pasted it to a piece of cardboard using modge podge. 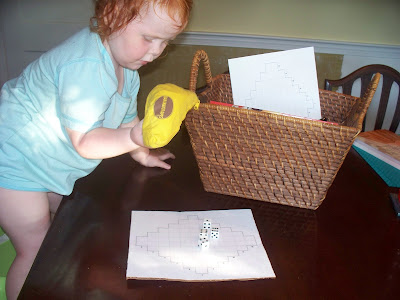 As usual, Dan wins almost every game we play. Maybe when he’s older, he’ll become senile and I can start winning a few games here and there. One can dream, right?