It took me one week plus one day to cook everything for Thanksgiving dinner. 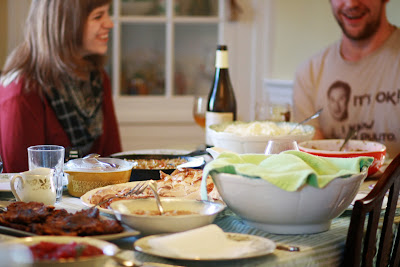 The only thing that came out of a bag was the frozen corn kernels. I also cheated on the risotto by using store-bought vegetable stock. I normally make my own stock, but the 2 vegetarians in our family frown on my using meat stock. Of course, that means they won’t touch the stuffing so I make it extra meaty by adding sausage. mmmm, sausage. 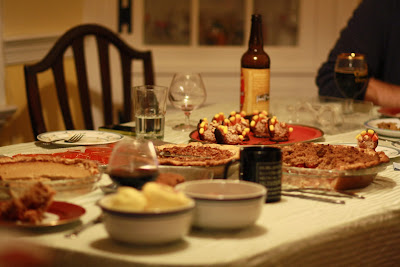 It broke my heart when I saw Elly eating almost nothing from the Thanksgiving meal, but all was forgiven when she inhaled close to half of the pumpkin pie.

I injured my shoulder on that pumpkin pie because I bought a neck pumpkin that was probably bigger than Elly. It was a beast to cut up! But, it was worth it. Fresh pumpkin tastes so much better than store-bought canned pumpkin. Yet, a lesson was learned. Next year, I will buy two smaller neck pumpkins.