Victoria of the Ten Thousand Hours of Sewing blog is hosting a Fearless February sew-a-long. The goal is to sew something that you have been too scared to tackle. 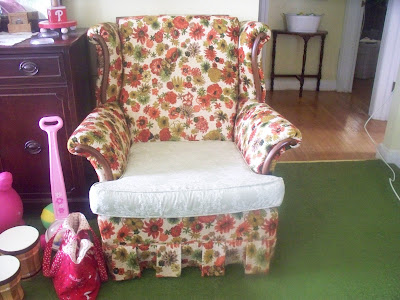 Yet, the chair is still hidden beneath a store-bought slip cover that doesn’t fit, being designed for a different style of chair. It irritates me on a daily basis.

It’s true that other projects have demanded my attention, but I could have made time to sew the slip cover. I have been avoiding it like the plague. I even put the fabric away, too scared to cut it up.

Victoria says the way to tackle such sewing fears is to just pick up the scissors, turn on the sewing machine and just do it. Her sew-a-long promises lots of encouragement, which is good. I’m going to need it.

One thought on “Fearless February Sewing”