In January, Elly and I went to the Crayola Experience (previously the Crayola Factory) with the Mom’s Club. Since then, she has been asking me to take her back. So, on Saturday when Dan was headed to a board game get-together, Elly and I headed to Easton, PA.

The first thing you notice is that the layout is different. The entrance is bigger and more inviting. Naturally, the price per ticket reflects the new changes by a modest increase to $15.99.

They have added some neat activities like making your own marker and labeling your own crayon, but Elly could have cared less. We zoomed right past both stations.

One new activity that did interest Elly was getting to pick out her own sea creature, a turtle, on a computer screen, color it, and then watch it come to life on the big screen. 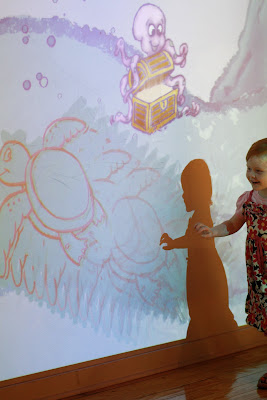 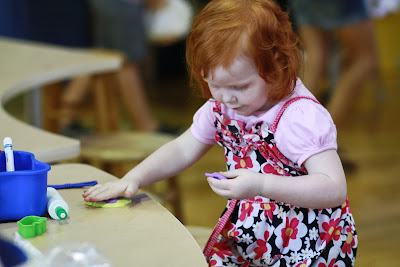 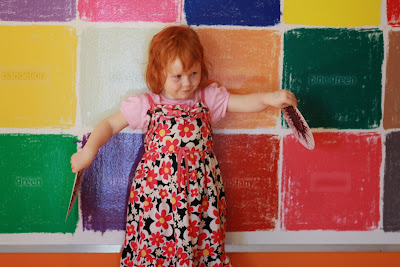 Last time, it was the ball elevator that kept Elly entertained for long stretches. A ball elevator was still there, but the kids could no longer pick the balls up and put them on the elevator. It was all done automatically. True, she could now direct which way the ball came down like a pinball machine, but it wasn’t as memorizing. 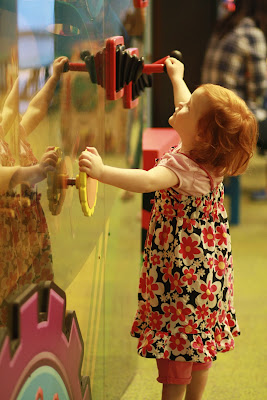 This time, the indoor playground held Elly’s attention. She could have played on it all day long. I was less impressed. To me, it looked like they stuck a McDonald’s playland in the middle of their building. If I wanted Elly to spend the day on an indoor playland, I would have taken her to the McDonald’s on High St.

After Elly saw the indoor playland, all remaining crafts had to be negotiated. A break from the playland was taken to work with the melted crayons but a promise that she could go back on the playland after was made. The same deal was made to encourage Elly to decorate a paper tie for Daddy. 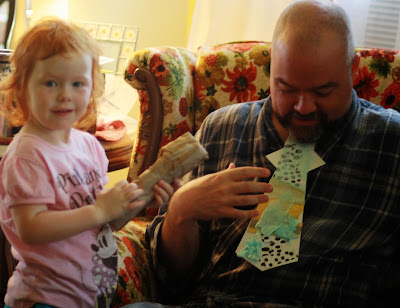 Overall, Elly had a blast. She didn’t want to leave. She asked to go back the very next day. So, despite my misgivings, it was a success.

Unfortunately, the whole trip ended on a sour note for me. In front of the playland area was a place for the kids to draw with sidewalk chalk. 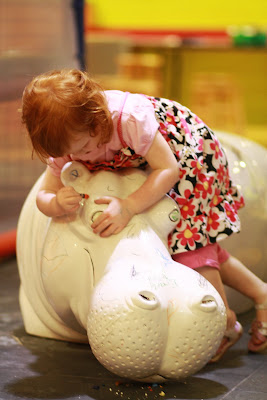 Written in yellow chalk were the letters KKK. It could have been a kid practicing his K’s, but they looked awfully neat and precise. More likely, it was just some kid being stupid. Still I found it vulgar. Rather than take a minute to track down a Crayola staff member and have them wash it off, I quickly grabbed the nearest piece of chalk and scratched over it. In no way do I blame Crayola for it. Likely, they would have done the same if they had found it first.

After, Elly and I headed home. On the way, we stopped by a McDonalds where Elly got to run around in their playland for free.