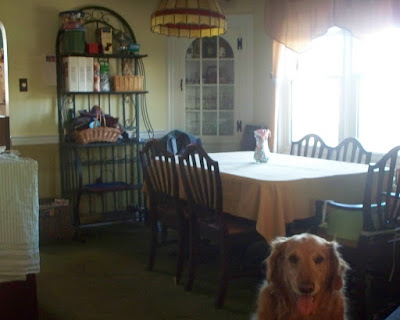 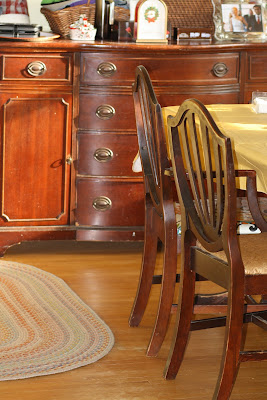 The carpet, the padding, the tack strips and the million staples were removed without Dan’s help. Who needs a man to help when you have an enthusiastic 2-year-old? 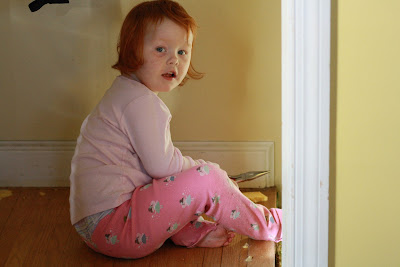 I wanted the carpet taken up and thrown in the trash before Thanksgiving Day. Dan had promised to help a friend move on Saturday. Thus, that left Sunday as the only day left to pull out the carpet. Before he left, he sheepishly informed me that if he was too sore from moving furniture, the carpet removal would have to wait. I understood his plea, but I wasn’t happy. There was a huge hole in the carpet by the windows and more spots unraveling every day. It looked awful. I wanted it gone now. While falling asleep Friday night, I remember my MIL telling me the story of how she ripped up all the carpet in her home by herself after learning there was hardwood underneath from a neighbor. If she could do it, so could I.

So with newfound determination, I started ripping the carpet up first thing Saturday morning. Elly was excited by the commotion. She tried ripping up the carpet with me, but didn’t have the arm strength. She tried pulling the tack bars out, but couldn’t figure out how to get the pry bar under the bars. Yet after watching me pull out a few staples with the pliers, she pulled them from my hand and informed me that she was going to help.

Help she did. Much to my surprise she was able to pull out several staples by gripping the pliers with both hands and hauling back. She was a force to be reckoned with. 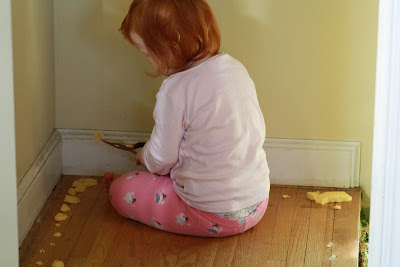 Four hours later it was done. We had done it. And it looked amazing. 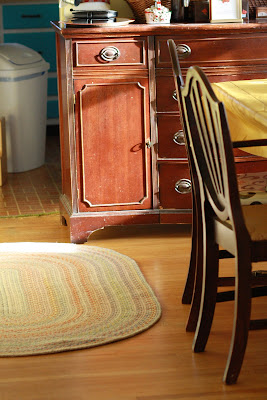