I decided that there was no better way to spend my birthday than hanging out with Peter and people who loved to sew.

Though the day started at the Fashion Institute of Technology Museum, I opted to meet up with the group at the Brown Cup due to travel time. 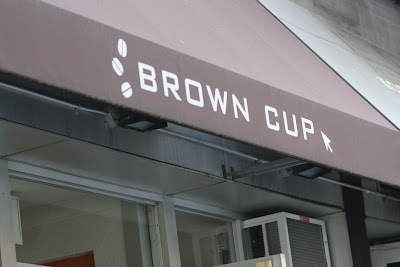 They were just sitting down to lunch when I arrived.

After lunch was finished, the group divided into two. Half of the group went straight to Mood. The other half followed Peter to the budget-friendly fabric stores. I went with the latter group as this was my 1st time in the garment district and I wanted the full experience.

The first store Peter took us in was unlike any other fabric store I had ever been in. Bolts of fabric were leaned up against the walls, leaned up against each other and blocking passage way through some of the aisles. Almost nothing had a price tag. There was no air conditioning. A yard stick in hand was used to measure the fabric rather than a ruler anchored to the cutting table. The owner of the store along with his son were present and remarkably friendly. It was overwhelming and amazing. In the midst of it all, I found a cotton embroidered fabric that I couldn’t leave behind.

Here is Elly looking it over later in the day. 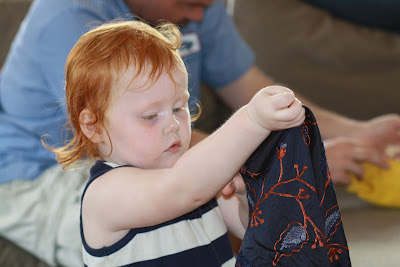 Our next stop was Paron Fabrics. Though they had better organization and even AC, I didn’t fall in love with any fabric. However, Peter pulled this fabric out and remarked about its uniqueness. 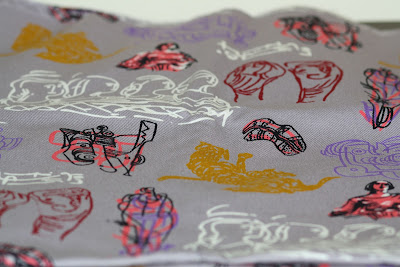 During the conversation, it occurred to me how wonderful it would look on a bag. I tried to walk out of the store without it, but I knew I would regret it. So, I blame Peter for this purchase.

Next we made a quick stop in a magazine store where most folks perused the sewing magazines; I flipped through some old Trend magazines on Knitwear.

Then, it was on to Mood. At this point, I was slightly disappointed that I hadn’t found any fabric suitable for Elly. So, I headed to the printed cotton section at Mood. I found nothing close to what I was looking for and yet I found exactly what I wanted. 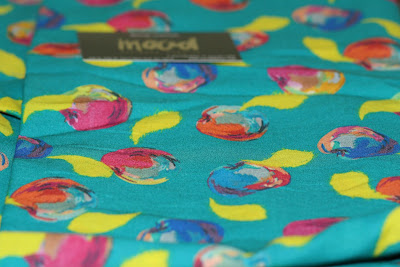 Apparently, it was designed by some well-known designer. I was told the name at the cutting table by the friendly staff member named George who assisted me. But as I’m not up and up on fashion and designers, I neither recognized the name nor cared enough to write it down. George did tease me for buying designer fabric for a 2-year-old. I just loved the colors and the apple motif.

The tour was to continue on to a park, but I and another lady said goodbye here. I was eager to meet back up with family and spend time with them. 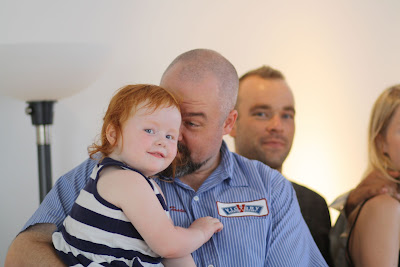 It was a wonderful day!
Thank you, Peter!

For complete photos of MPB day of which most are of Peter, see the link below.